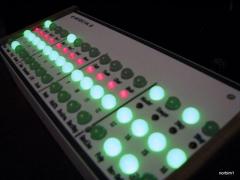 This is my small gadget.

Thank you! Yeah, no milling machine were abused during this project ) Only oldsKool drill&file method, some DIY brackets and countersunk head screws. Basically this is norbim1 http://svnmios.