GM5 driver not supported for STM32F4? 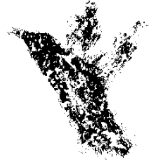