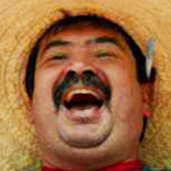 There's some prescaler in the RCC registers(Reset and Clock Control) for all peripherals Clock Source. Those registers are also set in mios32_sys. For the Timers clock this Prescaler is 2, means Fcp

So, I made some progress today. I've tested it on another core (which I designed myself) and there the LEDs were running with the stock-firmware. No changes were needed. So I pick&placed 3 1/

Hi guys, I don't know the best for your project but I can explain what I did for the OLRE16. First is the MASK, it's black PMMA. Both sides are milled. I let some space between the leds on the